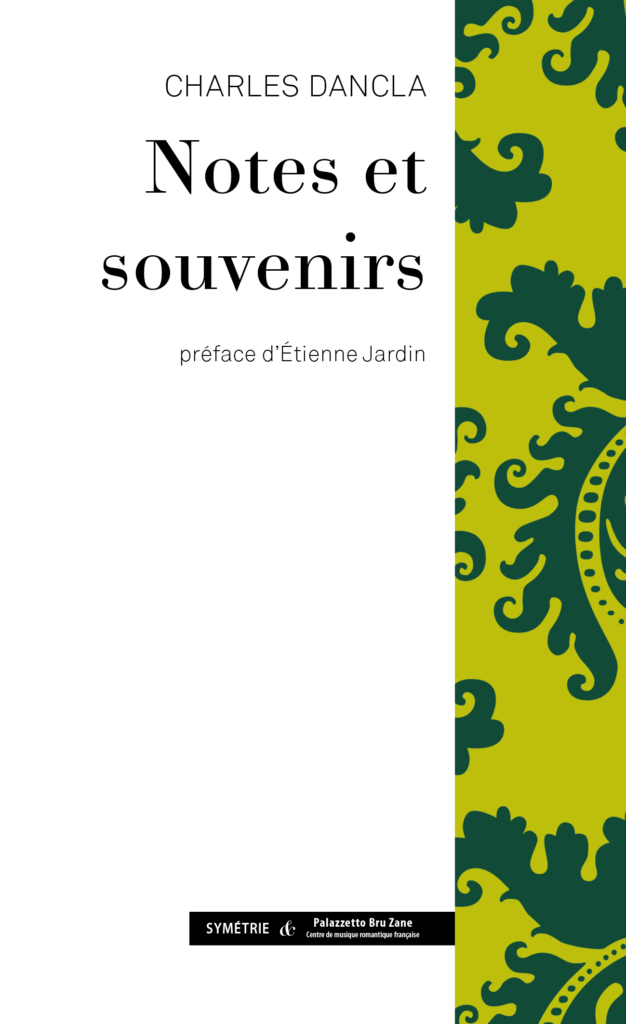 I was thirteen when I heard Paganini. A strange, fantastical man, yet endowed with a prodigious power of execution. What clearness, what assurance, what sympathetic warmth in his tone! It was especially in the performance of his own compositions that he was inimitable. The works of Viotti, Rode, Kreutzer were less suited to his nervous, even feverish nature. For the interpretation of Viotti, which requires an extraordinary variety of accentuation, the flashing bow of Baillot was wanting. However, one could not make any comparison between those two great artists. Certainly, Paganini could not have played as Baillol did the sublime Mozart Quartet in D minor or Beethoven's Septet, but, on the other hand, Baillot would not have been at ease with the diabolical technique required for the music of Paganini. Not that Baillot was lacking in mechanism, but his temperament led him to avoid what he called the ‘great eccentricities’. I still see Paganini, so much did he impress me: his violin sings yet in my ears.

Best known today for his many pedagogical works, written when he was in charge of one of the violin classes at the Paris Conservatoire (1855-1892), Charles Dancla played, as a violinist, an important part in Parisian musical life from the July Monarchy onwards. He studied with Pierre Baillot, whose technical and aesthetic heritage he helped to pass on until the end of the nineteenth century: at the Conservatoire, through his publications and by organising chamber music sessions with his brothers Léopold and Arnaud from 1838. The quartets and trios he wrote for those sessions earned him the Chartier Prize in 1861.