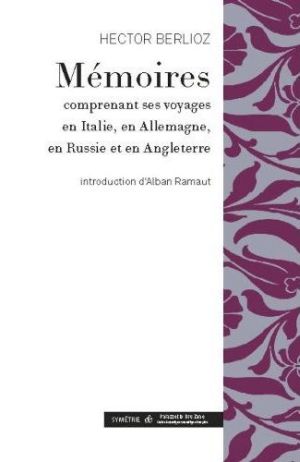 "Accounts of my life have appeared, and from time to time still appear, so full of errors and inaccuracies, that I have at length resolved to set down myself those things in my arduous and turbulent life which I believe may be of interest to lovers of art. […] The public, I am aware, is little concerned with what I may have done or felt or thought. But since a few artists and music-lovers having expressed the desire to know, I would rather they know the truth than be left to believe what is false. […] I do not have the least pretension to appear before God, book in hand, declaring myself the best of men, nor to write confessions. I shall say only what I choose to say; and should the reader refuse me his absolution, he must needs be harsh to the point of unorthodoxy, for I will admit none but venial sins."
Hector Berlioz, London, 21 March 1848.