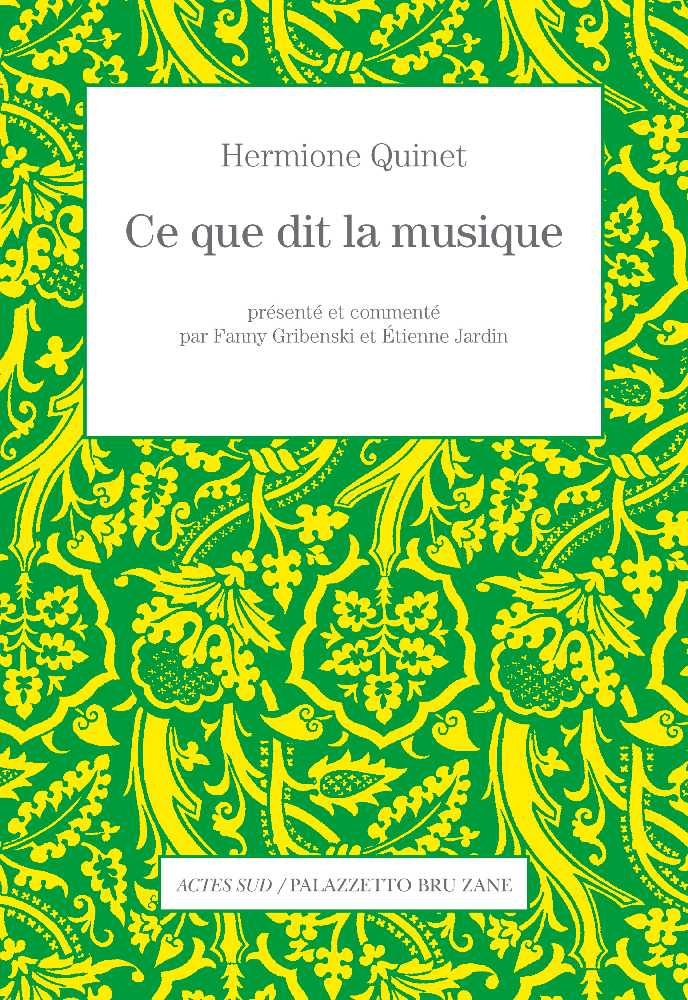 Advised by her doctor to visit the concert halls and opera houses of Paris in order to treat a nervous breakdown linked to the death of her husband, Hermione Quinet produced a “hymn of gratitude” to the art of music with her book, Ce que dit la musique, published in 1893. Combining her own listening impressions, artistic, historical and philosophical facts, with personal recollections, this work documents the effect on the author of performances put on by the Société des Concerts du Conservatoire and productions at the Paris Opera. With chapters centred around specific works or composers, the book turns the spotlight on Beethoven, Mendelssohn, Mozart, Meyerbeer and Halévy, not to mention Gounod, while bearing witness to the rediscovery of ancient composers (particularly Bach).

The Actes Sud/Palazzetto Bru Zane collection—co-authored books, musicological essays, conference proceedings or archive documents—gives the floor to key actors and witnesses in the artistic history of the 19th century, as well as their present-day critics. Published at the rate of two to four books each season, the collection will examine many aspects of the French Romantic répertoire and the musical life of this period, focusing on the careers of famous or neglected composers as well as the history of the concert, musical genres and performers.