The 2022-2023 season of the Palazzetto Bru Zane offers events programming based mainly on these two themes: Jules Massenet and women composers.

Questioning musical certitudes has been at the heart of the Palazzetto Bru Zane’s project ever since it was founded. In exploring those parts of the French Romantic repertoire that have been forgotten, our activity leads us to examine the validity of bad reputations, dust off some of the scores, and prove by example, in concert, on stage or through recordings, that peremptory judgements, too, have an expiry date.

Of course, not all discoveries become masterpieces after revival: performance sometimes reveals inadequacies or shortcomings, thus providing objective reasons for the work’s demise. But from experience we also know that oblivion has affected some outstanding works that we would be wrong to do without.

Many of those of Jules Massenet are a case in point, and it is to this composer that our first festival of the season is dedicated: we have entitled it 'Massenet – a must!', simply because we feel that he is a composer who warrants much greater recognition. The composer of Manon and Werther has made a comeback in recent years after spending several decades consigned to purgatory by aesthetic judgement. His output, though abundant and extremely varied, has long suffered from unfavourable comparison with Debussy’s Pelléas et Mélisande, regarded as a measure of good music, as opposed to mediocre compositions. But ignoring Massenet’s works means also deliberately ignoring their popularity at the time of their first performances, as well as depriving today’s audiences of their enjoyment. The Palazzetto Bru Zane has already recorded Massenet’s Le Mage and Thérèse, and will be accompanying this year’s productions of Ariane, Grisélidis, Hérodiade and Werther.

In the lottery of fame, women composers do not seem to have drawn the winning number either. But did they even have access to tickets? For several years now, the Palazzetto Bru Zane has taken on board the increasing demands for a reassessment of the catalogues of women composers and the need for more precise information about their careers. For there to be parity in our programmes, we have to look beyond our awareness of the injustice that these women have suffered; we have to conduct research in order to find the manuscripts of their works, prepare modern editions, and get them back on the performers’ music stands. This axis of development will gain further momentum with the spring festival in Venice, and with the symphony concerts that are scheduled, and the opera productions, including Louise Bertin’s Fausto and Sophie Gail’s La Sérénade.

This season has many more surprises in store. In particular, we shall be continuing our efforts of recent years to promote the works of Camille Saint-Saëns, Jacques Offenbach and César Franck; in the Bru Zane Label’s 'French opera' series (CD-books), Robert le Diable (Meyerbeer), La Vestale (Spontini) and Les Abencérages (Cherubini) are to be recorded this season; and we will continue to enrich our digital tools (Bru Zane Classical Radio, Bru Zane Replay, Bru Zane Mediabase) in order to fly high the colours of French Romantic music, and extend their visibility.
Read more Read less 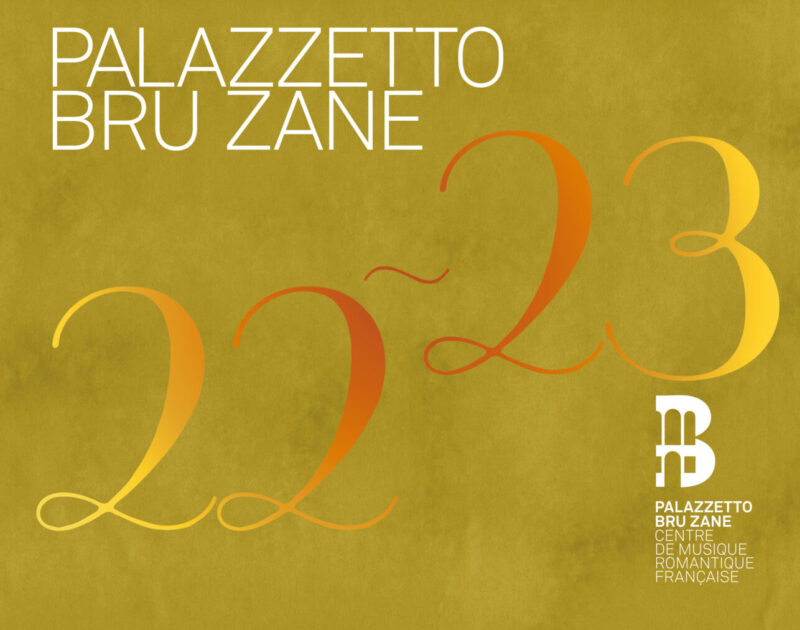