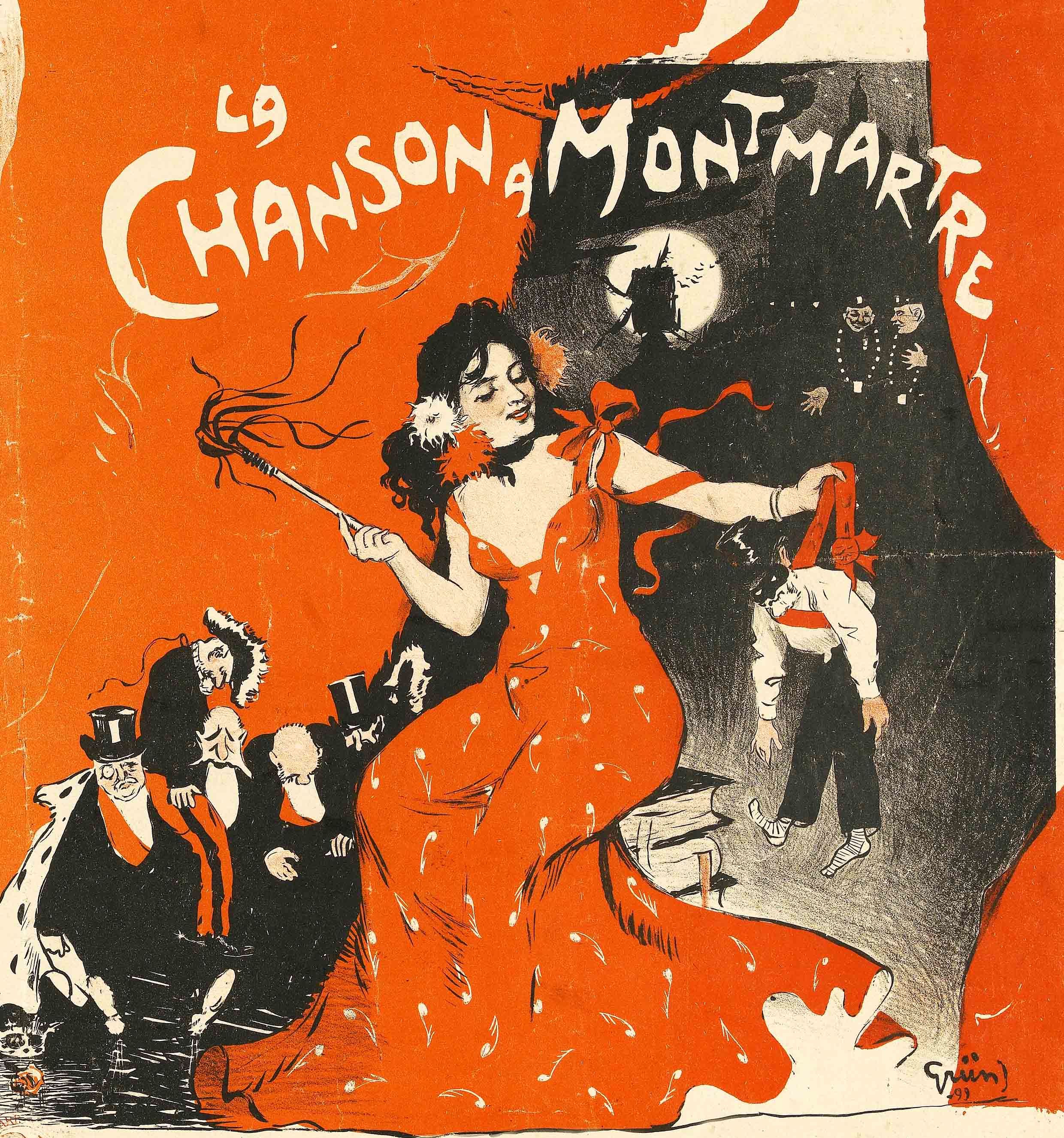 EHESS, Paris
TICKETS
The Parisian quarter of Montmartre experienced a series of transformations in the 19th and 20th centuries. After its annexation to Paris in 1860, the area became known during the Belle Epoque as the melting pot where painters, composers and performers shared and exchanged their artistic practices. Thus, it was here that Picasso and Satie became first acquainted, and where Modigliani was hosted by Utrillo, while Willette listened to the chansons réalistes of Aristide Bruant and Yvette Guilbert. Between avant-garde and conservatism, Montmartre was a rich soil for the development of café-concert, cabaret and street songs.
Following the First World War, the ‘innovative’ character of the hill of Montmartre moved to other areas of the city, namely to Montparnasse, home to the avant-garde impulse of the Roaring Twenties. In any case, the ‘Old Montmartre’ still retained its seductive powers, its innocent charm and friendly ambiance. In the 1950s and 1960s it became a site of opposition and reaction against the ‘delirious urbanism’ that, according to Francis Carco, characterized the City of Light. Relevant figures of the literary world, such as Carco, but also others linked to architecture, such as Claude Charpentier, set out to protect the ‘bohemian’ memory and the material and immaterial cultural heritage of Montmartre. The generation that sung ‘the Montmartre of our twenties’ in the phrasing of Paul Yaki— Carco, Mac Orlan and Édith Piaf, among many others—faded in the following decade (1960-1970) thus marking the end to a century in which the idea of a ‘Montmartre identity’ had been implemented and often mixed up with that of a Parisian or French identity at large. Between 1860 and 1960 the Montmartre song epitomized Paris both in France and abroad despite its local roots inspired by the local, village-like nature of the quarter (through its reliance on the vernacular slang). Open-air life at the hill, with its oneiric touches, was equally glorified for the sake of the melancholy of its people, of its sites. Strolling around the streets surrounding the church of Saint-Pierre, how could one not evoke the melody of La Complainte de la Butte, with lyrics by Jean Renoir?
This conference seeks to interrogate how to insert this topographical repertoire within a sonic and musical history of the quarter of Montmartre and, beyond that, in the cultural history of Paris. Going further than song as a musical composition it addresses the relationship between song-writing and other crafts that enrich the artistic qualities of song: it is not only composers and song-writers who are at the core of the history of the Montmartre song, but also illustrators, music critics, publishers, impresarios, etc. Performers, sometimes also authors of the texts that they sang, of the music of a song or of both, are at the centre of the world of the Montmartre song. We interrogate whether or not it is adequate to understand their songs as a faithful narrative of their lives. The conference also seeks proposals dealing with score editions, including the different formats and its illustrations as they bear witness to the importance of the author(s), as well as to the celebrity status of the painters that were commissioned to design their covers, such as Steinlen, Ibels, Toulouse-Lautrec and Guillaume, among others.
Keynote speaker
Prof. Derek B. Scott (University of Leeds), ‘The New Cabaret Songs of Montmartre, 1880–1900’.
Scientific committee
Laurent Bihl (Université Paris 1 Panthéon Sorbonne)
Phillip Dennis Cate (Professeur émérite, Université d’État du New Jersey)
Étienne Jardin (Palazzetto Bru Zane)
Anne Monjaret (EHESS-CNRS, IIAC LAHIC)
Michela Niccolai (LaM, ULB; IHRIM, Lyon 2)
Cécile Prévost-Thomas (Université Sorbonne Nouvelle, CERLIS)
Lola San Martín Arbide (CRAL / EHESS)
Organising committee
Étienne Jardin
Michela Niccolai
Lola San Martín Arbide
Organised by the École des hautes études en sciences sociales (EHESS) In collaboration with the Palazzetto Bru Zane